Home > Blog > What Determines Who Is At Fault In a Car, Truck, Motorcycle, or Bicycle Accident? 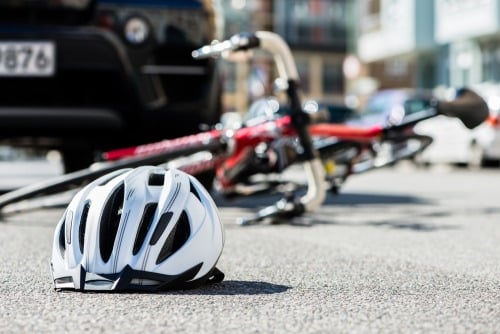 What Determines Who Is At Fault In a Car, Truck, Motorcycle, or Bicycle Accident?

Determining who was at fault in a car accident is not always easy. Sometimes one party was clearly at fault, but in other cases, fault can be unclear or shared between two parties.

In the eyes of the law, determining fault requires deciding who was “negligent,” or careless, leading up to the collision. In other words, if one person was more careless than the other, the more careless person is generally at fault. In these cases, the negligent party failed to uphold the “duty of care” he or she owed to other drivers on the road—namely to drive safely and not cause a collision.

Police reports are a crucial starting point for determining fault in a car accident. If police came to the scene of your accident, chances are there is an accident report you can obtain from the police department. In many situations, the police report will include mention of which driver violated traffic laws, whether or not a citation was issued, and at the very least, the officer’s view of what happened. Any written record of the other party’s negligence (i.e. speeding, crossing the center line, failing to stop at a stop sign) will help bolster your personal injury case.

Reviewing state traffic laws is also a good way to determine who was at fault. The State of New Jersey Motor Vehicle Commission’s Traffic Rules are a simplified version of these laws, and the New Jersey Driver Manual offers more complete rules for specific cases. Be sure to note and document the exact statute involved so that you are prepared to negotiate your claim with the insurance company (or have a lawyer do so on your behalf).

In certain cases, there is no question as to who was at fault; rear-end collisions are a prime example. A basic traffic rule is that a driver must keep a safe distance and speed away from the next car that allows him or her to stop if needed. Insurance companies accept as a rule that the driver in back is responsible for causing a rear-end collision, and they rarely argue otherwise.

However, there are always exceptions. If the driver in front did not have functioning brake lights or tail lights, he or she may be partially liable for the accident. In addition, the car in back may have a claim against a third party, like another car behind that pushed it forward and caused the collision.

Left-turn accidents are another example of consistent liability. 99 percent of the time, a car making a left turn is at fault for a collision with a car coming head-on. Exceptions to this rule are:

What Does "Comparative Negligence" Mean When Determining Who Is Liable for a Traffic Accident?
October 24, 2014