Every year, there are recalls for consumer products across the United States. This could be because there are defects that pose risks to the consumers or just for preventative measures. In the state of New Jersey, the New Jersey Department of Health overlooks the regulation of things like food, drugs, and cosmetics. You can find out about new recalls taking place all over the United States this current week.

Chewbeads Recalled Due to Choking Hazard
On September 29, 2015, Chewbeads recalled pacifier clips due to a hazard where the “D” ring on the pacifier clip could break, allowing beads to detach. This poses a choking hazard. About 45,000 of these units are recalled in the United States alone. The recall includes five styles of the pacifier clips, which feature a Butterfly, Dinosaur, Heart, Sheriff Badge, and White Baseball. “Chewbeads baby” is imprinted in raised letters on the rubber shape attachment and they have eight multi-colored beads threaded through a narrow satin ribbon that attaches to a pacifier on one end and a plastic D-ring on the other.

So far, no injuries have been reported, but the firm has received seven reports of the beads detaching. To remedy the situation, consumers should immediately take the recalled pacifier clips away from young children and contact Chewbeads. Chewbeads will give consumers a free replacement pacifier clip or a refund of the purchase price. The consumer contact for this product is Chewbeads, Inc. and can be contacted toll-free at 888-786-7790 from 9 to 5 Monday through Friday.

These products were sold at Buy Buy Baby and small boutique retail stores nationwide and in Canada from September 2014 through June 2015 for $16.50 for the baseball themed clips and $15 for the other style clips. They were imported by Chewbeads of New York.

Chairs Recalled by Ross Stores Due to Fall Hazard
On September 29, Rattan Arm Chairs were recalled by Ross Stores due to a fall and injury hazard. The chair has the ability to tip or slide backward, which can pose a fall hazard to all consumers. About 560 of these units were recalled. They measure 48 inches high, are round, and are brown wicker. The SKU number on them reads 400119000982.
There have been no reports of incidents or injuries, but the firm has received eight reports of minor injuries including scrapes and bruises. The chairs were sold exclusively at Ross stores nationwide from May 2015 through June 2015 for about $60.

To remedy the situation, Ross urges consumers to immediately stop using the recalled chairs and return them to any Ross store for a full refund. Consumers can get in touch with Ross by calling toll-free at 877-455-7677 anytime.

Tree Stand Recalled Due to Fall Hazard
On September 30, Millennium Outdoors recalled tree stands due to a fall hazard. The hazard comes from the seat on the tree stand bending in a downward angle, posing a fall hazard to the user. About 1,400 of these units have been recalled thus far. The tree stands are black metal with a nylon hanging strap assembly, have green canvas seats, and have a date code of M05100 stamped on the top of the back post of the stand.

So far, no incidents or injuries have been reported. To remedy the situation, Millennium Outdoors has stated that consumers should immediately stop using the recalled tree stands and return them to the manufacturer for a replacement stand. You can contact them at 844-766-0468. 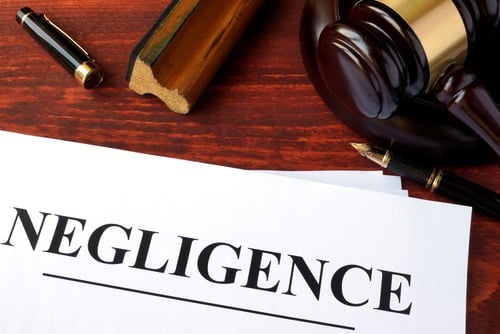 What Damages Can I Recover From My Premises Liability Claim?
October 3, 2015